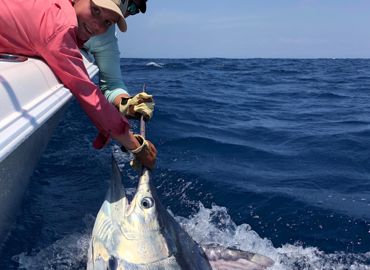 One day or multiple days. Far North Queensland is recognised world-wide as the best place to catch giant black marlin. The season runs annually from late September to early December when year after year the giant black marlin return to this area of the Great Barrier Reef to spawn.   But don't ever underestimate the Gold Coast for great black marlin from February to mid-April!

All Marlin Packages are created from the ground up. Start the conversation with us today.