When’s the best time of year to visit?

It really depends on what fish you want to chase. Don’t forget that Australia’s seasons are opposite to the northern hemisphere. Christmas falls in the heat of summer and July is the middle of winter. The tropical north has a rainy season that extends from December through February. Some of the best fishing for many species takes place in the more settled and mild “shoulder” periods: September to November and March through May. But talk to Go Fish Australia to get the rundown.

It really depends on where they live, but the more readily available saltwater table fish such as snapper, whiting, flathead and bream are incredibly popular and keenly sought-after. Close to one in four Australians casts a line each year, and the country boasts the highest per capita boat ownership rate on the planet. With a population of less than 24 million people scattered across 7.7 million square kilometres (almost 3 million square miles), there’s still plenty of water (and fish) left for visitors. 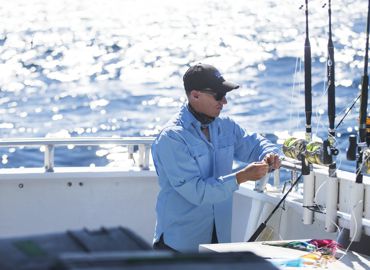 The best months for Barramundu are March, April, May, June and October, November and December. However each state in AUstralia has a close out season to allow fish stocks to replenish.

The annual barramundi closed season along Queensland’s east coast starts from midday on 1 November 2018, effective through to midday on 1 February 2019. 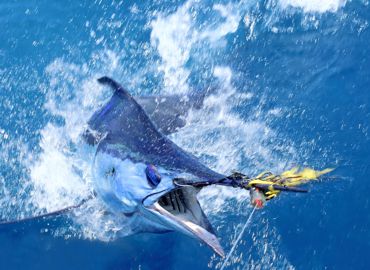 The best months for Marlin areJanuary, February and March and August through to December. However each state in Australia has a close out season to allow fish stocks to replenish.

September 1 to November 30 is the prime time to target marlin and sailfish when they gather in waters of the Northern Territory in huge numbers. 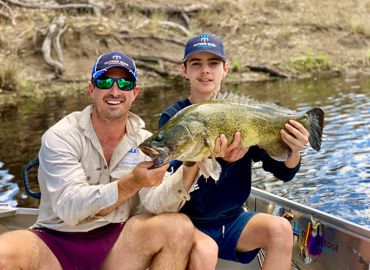 The diversity of Australia’s fishing experiences is as vast as the country itself. Check out the Great Fishing Adventures website for more info.